„Everyone, without any discrimination,
has the right to equal pay for equal work.”

Women, man and children forced to provide sexual services and activities. The service has to be provided for strangers for money. The earned money is partly or fully taken by a pimp (trafficker).

Forced labour is any work or services which people are forced to do against their will under the threat of some form punishment. Almost all slavery practices, including trafficking in people and bonded labour, contain some element of forced labour. Forced labour affects men, women and children, is most frequently found in labour intensive and/or under-regulated industries, such as: Agriculture and fishing, domestic work construction, quarrying and brick kilns, manufacturing, processing and packaging, market trading and illegal activities.

Women, men and children are forced to beg by traffickers. The beggars are often severely abused and violated which might cause physical disabilities. A disabled beggar is more “valuable” on the market for his her exploiter. The income of the beggar is partly or completely taken by the trafficker who places the beggars on the street.

The newest and the most common type of domestic slavery jeopardise homeless people in our country. They are taken to properties in villages and treated as a slave. 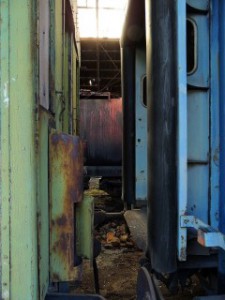 They have to work and live outside of the house and are forced to serve the owner. They live rather are kept in outside buildings just like animals. They are not paid and hardly fed with left over if ever. The owner regularly physically and emotionally abuses them.

Traffickers post alluring counterfeit job advertisements about work opportunities (for baby sitters, waitresses, masseuses, hotel maids, etc.) abroad to recruit young girls. After meeting the credulous, well-meaning girls, they take them to a collection centre where they lock them up and subject them to death threats. Later, they transport them to the target country, and sell them to men whom they are forced to marry. The men desiring to get “married”, most of whom are from Middle Asia, really want to acquire citizenship in one of the well-fare states, and this is what the marriage makes possible. Traffickers charge the men approximately
500 000 HUF for a wife.