Currently, only 1-2% of victims are rescued

Trafficking in human beings, among drugs and weapons, is one of the best thriving and least risky fields of organized crime. Because of difficulties of evidence and light sanctions, situations often lead to criminalizing vulnerable victims who end up not considered as victims but a criminal who breaks the law. Perpetrators frequently force victims to do illegal acts and keep them in illegal status or make them believe they are in an illegal status; therefore, victims are under pressure, traumatized and consequently quickly lose their autonomy and decision making powers. Most of the time, at the end of the judicial procedures human trafficking is not substantiated by evidence and perpetrators, if convicted at all, receive court penalties for other crimes than human trafficking. Although, a victim of trafficking would still be considered a victim by the court even without testimony or direct legal action against the traffickers, the lack of willingness of victims to testify seriously hinders the court procedures. Victims are constantly under pressure and frightened of being abused and threatened by traffickers.It also provides more details and stronger penalties in the crime of human trafficking. The regulation was added exploitation as well that had not existed previously in the Article about Human Trafficking at all. This first improvement was essential for the effective improvement of combating human trafficking in Hungary.
There are more and more victims of Hungarian origin migrating to Western European countries. Labour exploitation is on the rise, however, the vast majority of identified victims is still represented in the sex industry. Latency is severe problem in cases of men in cases of labour exploitation and forced labour.
In Hungary the group most at risk of being trafficked is those who live and grow up in foster homes and those who live in extreme poverty in various different regions of the county. Barren living conditions and environment, low levels of education and the lack of promising future outlook easily drift people into the role of victims. Dysfunctional family background is also typically common among them.

Background of Labour exploitation in Hungary
The effectiveness of fighting against human trafficking greatly depends on the improvement of the living conditions of those who live in extreme poverty. Providing information, raising awareness and proper assistance for potential victims are essential. Furthermore, Hungary has to make steps for changing the attitude of the society, even including those who work with victims at competent authorities and responsible for detecting and identifying presumed victims. 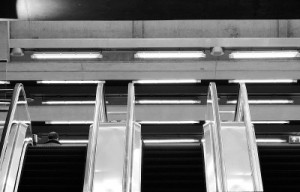 Foreigners and Third Country Nationals
Hungary is first of all, a country of origin and transit. Authorities hardly ever detect and identify victims of third country nationals. NGO’s that provide assistance for victims of human trafficking only meet Hungarian cases. Therefore, even if organizations detect some foreign victims, they would be not prepared to provide appropriate assistance. Third country nationals are all referred into reception centres or in case of criminal issues and rejected applicants are placed into detention facilities while they are in the international protection procedure.
It is important to note that there were no victims of third-country nationals in the view of victim support services of the Office of Administration of Justice in the last couple years.
Since Hungary is not officially recognized as a country of destination, therefore, there has been no data available in cases of foreign victims. Despite the availability of the legal instrument, no residence permit on humanitarian grounds has yet been granted to third- country national victims of trafficking.

Hungarian victims
There are many cases in-country and other cases of returning victims of trafficking. The mentioned victims often have their passports or personal documents, even Hungarians residing in the country, taken away or destroyed by traffickers. Returned and locally trafficked victims must have the benefit of assistance measures and protection for they are being vulnerable. Reflection period provided is independent of proceedings against those responsible for the trafficking. Service providers always have to work with severely traumatized victims. They need a long term special care to normalize their mental conditions caused by the traffickers physical and emotional abuse. The aim of the long term assistance is reintegrating victims into society and providing them skills to be able to live independently.

Government Involvement
The Mechanism ensures that the said service provider is entitled to assist the presumed trafficked persons. It involves the Office of Justice and Administration Victim Support Service , providing its services country-wise, the National Family and Sociopolitical Institute under the Ministry of Human Resources, the 24 hours available hot-line at the National Crisis Management and Information Telephone Services. Further, the employees of the Ministry of Foreign Affairs assisting victims abroad. There have been mainly presumed victims of forced labour and less victims of sexual exploitation asking for travel support. Lately, there have been number of repatriated victims of forced labour from Belgium and England assisted by the consulates, IOM and NGO’s.
In Hungary, the cooperation is stated in the Memorandum of Understanding MoU, however National Referral Mechanism and other governmental agencies do not support service providers financially; therefore, assistance measures and services are often deficient and not satisfying.

Gender situation in exploitation
Hungarian authorities respect gender sensitivities and the various different forms and methods of coercion and exploitations victims suffered from. Provided protection and assistance have to consider the different nature of traumas and result of being forced in terms of gender. A vast majority of women are victims of sexual exploitation and there are some victims of domestic violence and slavery. Men are mainly victims of forced labour in the area of contraction or agriculture. Similarly, forced begging and exploitation of homeless in domestic servitude are also becoming more popular among men especially among elderly and retired people with low pension in Hungary. Other groups who are in risks represented by unemployed people, people living with physical disabilities, mental disorders. Children (mostly female) are mainly victims of sex trafficking and forced to commit smaller crimes. Drug addiction is very common among them.